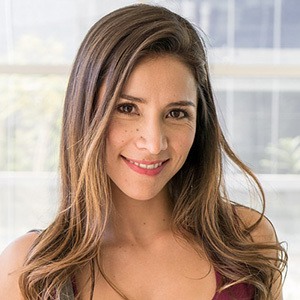 Chilean actress who is best recognized for having played the role of Claudia Herrera in the Channel 13 original series The 80. She is also known for her roles in feature films including Special Forces and Special Forces 2 where she played the character of Cabo Vergara.

She studied at the University of Chile where she first discovered her passion for acting and performing. Her career started in television when she appeared as Daniela in the 2005 series Stories of Eva. Her feature film debut came in 2009 when she starred in Bad Times.

She is known for having won the Best Supporting Actress award at the APES Awards in 2009 for her role in the series The 80s.

She was born and raised in Santiago, Chile and married Juan Pablo Ternicier in 2012 but divorced from him in 2016.

She starred alongside Daniel Munoz and Tamara Acosta in the Canal 13 series The 80s.

Loreto Aravena Soto Is A Member Of