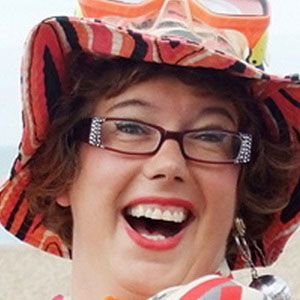 Famous as both a singer/songwriter and a comedienne, she toured her The Lorraine Bowen Experience music comedy act throughout Europe and North America and went on to record Bossy Nova (2000), Suburban Exotica (2010), and a number of other solo and collaborative albums.

Before performing as a solo artist, she attended the University of Surrey and subsequently joined the bands The Dinner Ladies and See You in Vegas. Early in her career, she was often a guest on both the sketch comedy program Heated Rollers and the BBC show Radio Shuttleworth.

She hosted an award-winning radio program titled Lorraine Bowen's Stereo Spectacular and contributed to the soundtracks of the films Better Than Chocolate and The Great Beauty. In 2015, she made it to the semi-finals of Britain's Got Talent with her comedic performance of "The Crumble Song."

She spent her earliest days in Cheltenham, Bowen, England, and the remainder of her youth in Chelmsford, Essex.

On numerous occasions, she performed live with folk singer Billy Bragg. In the early 1990s, she and Bragg also recorded two albums together: The Internationale and Don't Try This at Home.

Lorraine Bowen Is A Member Of