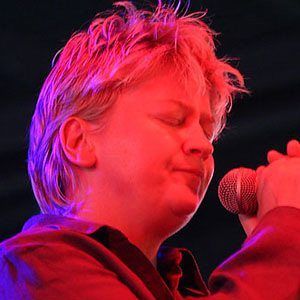 English songwriter and spoken-word poet whose albums included Unstill Life from 1991 and Pressure Points from 1985.

She dropped out of school at age 16 and worked as a psychiatric hospital nurse before taking a job at a local record store.

She released her debut album, The Sitting Room, in 1982 and became known for fusing electronic, dance, and avant-garde styles of music with spoken-word poetry.

She was born in London to an Irish mother and a Scottish father.

She and fellow British composer Lisa Gerrard were both involved with the Dark Wave movement in music.

Anne Clark Is A Member Of