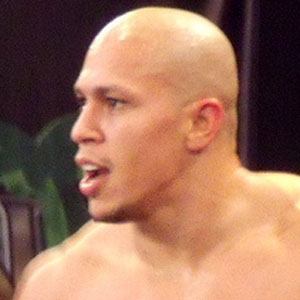 Professional wrestler known as a champion of promotions like TNA X Division, Ring of Honor and National Wrestling Alliance. He won the second season of the reality series WWE NXT in 2010.

He chose the ring name Low Ki in the late 90's, inspired by the lyrics to the hit Blackstreet song "No Diggity."

He was named Most Underrated Wrestler by Wrestling Observer Newsletter in 2010.

He was born Brandon Silvestry; he grew up with an older sister.

He successfully defended his Pro Wrestling Guerrilla World Championship against El Generico in 2008.

Low Ki Is A Member Of