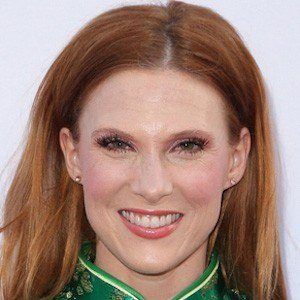 Actress, musician, vocalist and songwriter who a five-song EP called 1882. She was featured in the 2016 film Mother's Day and sang a song for the film called "Winter Coat."

She was a contestant on the 2008 reality television singing competition Rock the Cradle, finishing in third place.

She was the keyboardist for Australian singer Ry Cuming in 2010.

She is the daughter of rock star Joe Walsh and Joe's third wife Juanita Boyer.

She became Ringo Starr's niece by marriage after her father married Marjorie Bach.

Lucy Walsh Is A Member Of