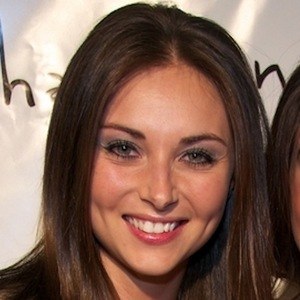 Brazilian model who has been featured in ads for Bebe, BCBG, Forever 21, Victoria's Secret, Target, TJ Maxx, and more. She also graced the cover of magazines such as GQ magazine, Genlux, The Atlantan, and Miami Magazine.

She was discovered at the age of 15 years old and made her debut a few days later at Sao Paulo Fashion Week.

She founded the swimsuit line Ellejay with her friend Jordyn Pressler.

She married Eric Chambers in August 2012.

Ludi Delfino Is A Member Of