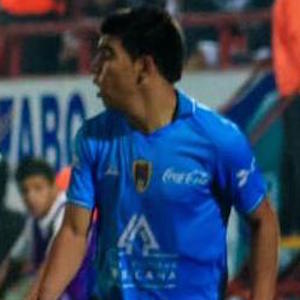 Known as a right winger for various soccer clubs throughout his professional career in Mexico's Liga MX. He gained widespread renown for his time with the club América, where he won the championship Apertura in 2014.

He made his Liga MX debut in February 2010 as a member of the Tigres UANL club. He subsequently played 5 more games with the club.

He earned his first call-up to the Mexican national soccer team in October 2013 for a friendly match against Finland. In 2015, he signed with the Santos Laguna club.

He was born and raised in Monterrey, Mexico.

He has played alongside Diego Gonzalez as fellow midfielders for the Santos Laguna club.

Luis Ángel Mendoza Is A Member Of