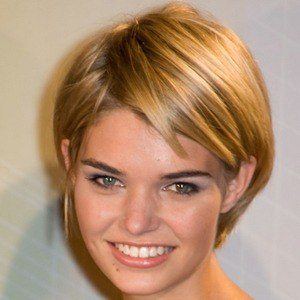 Model who won the seventh season of Germany's Next Top Model. She was put on the cover of Germany's Cosmopolitan as one of her rewards for winning. She has over 90,000 followers on her luisahartema_ Instagram account.

She has been an advocate for animal adoption since she was young.

She was featured in Elle and Harper's Bazaar in 2013.

She has a dog named Luke.

Her season of Top Model was presented by Heidi Klum.

Luisa Hartema Is A Member Of