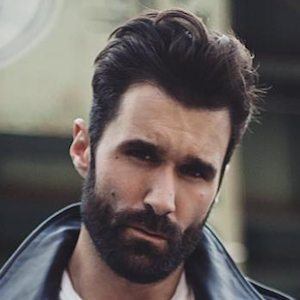 Professional surfer turned model who founded the blog and social channel, All That We Are. He has modeled for global brands such as American Crew, Diesel, Ferrari, Grey Goose, Ray Ban and GQ. He has been considered a top model by news outlets such as VH1, BuzzFeed and Elite Daily.

He won multiple amateur and professional titles as a surfer before being scouted by a film director in 2012, and signed by print and film agencies.

He has also acted and appeared in the popular indie film The Land of Smiles.

He got engaged to his business partner and co-founder of All That We Are, Melissa Dilger, after ten years of dating.

He and Joel Alexander both appeared in a Huffington Post article titled "These Are the Hottest Bearded Men on Instagram."

Luke Ditella Is A Member Of