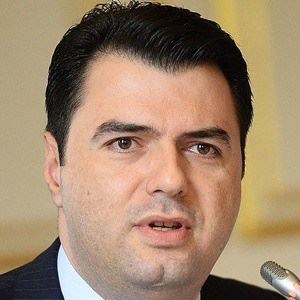 Politician who is widely recognized for having been elected as the leader of the Democratic Party of Albania. Prior to this, he served as the Mayor of Tirana from 2011 until 2015.

He obtained a law degree from Utrecht University in the Netherlands.

He was elected as Albania's Minister of Foreign Affairs in 2007.

He is from Albania.

In June 2017, he met with US president Donald Trump.

Lulzim Basha Is A Member Of