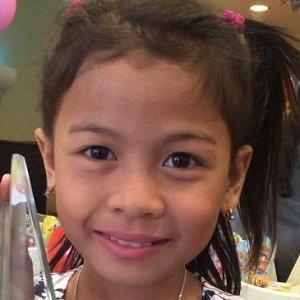 Known for winning the first season of the Philippine ABS-CBN reality talent competition The Voice Kids (Philippines), this Filipina vocalist also had a career as a child actress, appearing in popular series such as Maalaala Mo Kaya and Hawak Kamay.

For her The Voice Kids Audition, she performed "Halik," a song by a Philippine band called Aegis.

Following her The Voice Kids win, she was a guest on such television talk shows and variety programs as Rated K and It's Showtime.

She grew up in the Philippine province of Cavite as the daughter of a poor fisherman. During her childhood, she collected thrown out bottles and other items for her mother to sell and also earned income and food for her family by singing for neighbors.

During her time on The Voice Kids, she competed on the team of judge and vocal coach Sarah Geronimo.

Lyca Gairanod Is A Member Of