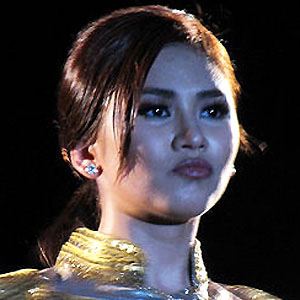 Singer who, at fourteen years old, won the singing competition Star for a Night in 2003. Her first album, Popstar: A Dream Come True, came out in 2003 as well.

She started singing publicly at age two, had her first TV appearance at age four, and by age six she sang for Pope John Paul II.

She released her debut album after winning a singing competition and scored three #1 singles.

Her mother used her prize money from Star for a Night to fund her school tuition.

She co-starred with John Lloyd Cruz in the 2008 romantic comedy film A Very Special Love.

Sarah Geronimo Is A Member Of