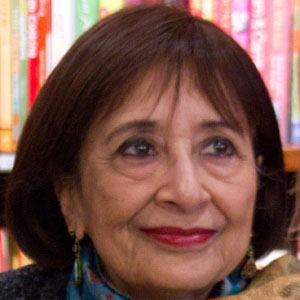 Known for her award-winning role as Manjula in the 1965 movie Shakespeare Wallah, this Indian actress also had guest star roles on both Law & Order: CI and Law & Order: SVU. Also a stage actress, she appeared in the 2004 Broadway production of Bombay Dreams.

After studying at the University of Delhi's Miranda House, she worked for Akashvani Radio and subsequently trained at London's famous Royal Academy of Dramatic Art (RADA).

She wrote and published several bestselling cookbooks and earned James Beard Foundation awards for her Indian and vegetarian recipes.

She appeared in several James Ivory-directed films, including The Guru and Heat and Dust.

Madhur Jaffrey Is A Member Of