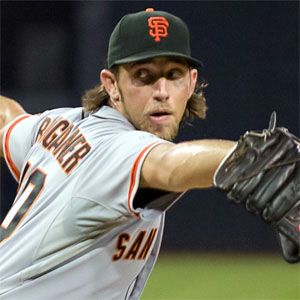 Drafted out of high school, he was rated the fourteenth-best prospect in his class by Baseball America; he made his MLB debut at the age of 20.

He became the first pitcher since Christy Mathewson in 1905 to not give up a home run in his first two World Series pitching appearances.

Madison Bumgarner Is A Member Of