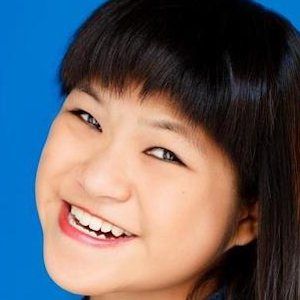 Actress known for her various appearances on TV. She has appeared on Chicago Fire, Jimmy Kimmel Live! and Modern Family.

She attended the First Stage Children's Theater academy in Milwaukee, Wisconsin for five years. Her first major role came when she was cast as the lead in their production of "Junie B. Jingle Bells Batman Smells."

In 2014, she appeared in the Cinemark movie theater promo screened before each showing of the film Earth to Echo. She appeared alongside NBA basketball players Shawn Marion, Ricky Rubio, and DeAndre Jordan.

She grew up outside of Milwaukee, Wisconsin. She then moved to Los Angeles with her mother and two cats.

She has a smaller supporting role in the film Ted alongside Mark Wahlberg.

Madison Dae Clarion Is A Member Of