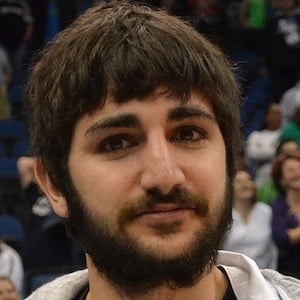 NBA point guard known for his dazzling passes and defensive play-making ability. He joined the Minnesota Timberwolves in 2011 after playing with FC Barcelona Bàsquet and DKV Joventut Badalona. He was traded to the Utah Jazz in 2017.

He was drafted in 2009 by Minnesota, but played in Europe for two more seasons before joining Minnesota.

He was the first player born in the 1990s to be drafted by an NBA team. He was named to the NBA All-Rookie team in 2012.

He played on the Spanish National Team alongside star power forward/center Pau Gasol.

Ricky Rubio Is A Member Of