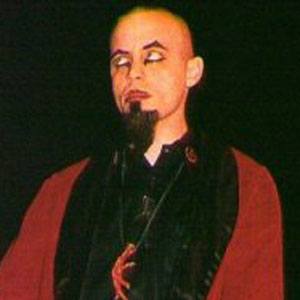 American musician best known as the keyboardist for Marilyn Manson from 1989 until 2007. His stage name is a combination of singer Madonna and serial killer John Wayne Gacy.

He earned a degree in industrial engineering and applied for a job at NASA.

He filed a lawsuit against Marilyn Manson in 2007 over unpaid "partnership proceeds" that was eventually settled out of court.

His father was Jewish and his mother was Catholic, but both were schoolteachers.

He did not participate on the 2007 Manson album Eat Me, Drink Me, having been replaced by Chris Vrenna.

Madonna Wayne Gacy Is A Member Of