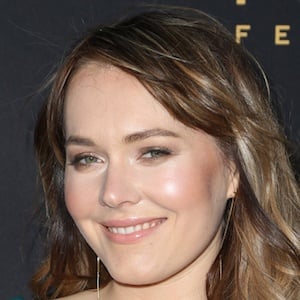 Film and television actress who found her breakout role in the Russian-Polish movie Just Not Now. For her performance she received a nomination for the Best Female Character award at the Russian Film Festival.

She made her professional acting debut in the 2007 made for TV movie Jutro Idziemy do Kina.

She portrayed Marta on the popular TV series 39 and a Half.

She was born in Poland.

She took a selfie with fellow actress Olga Boladz in August of 2018.

Magdalena Lamparska Is A Member Of