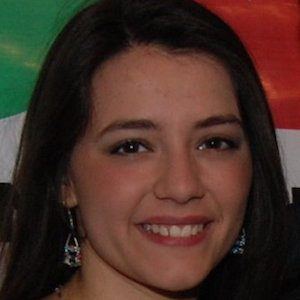 Chilean soap star who made a name for herself playing Maida de la Fuente in the 2007 series Amango. She eventually went on to appear in several more shows including Héroes, Pobre Rico, and Ámbar.

She made her acting debut in 2006 portraying Camila Riquelme in the Channel 13 series Charly Tango.

In 2013, she was a participant on the first season of the Chilean reality competition Juga2.

Between 2007 and 2011, she was in a relationship with actor Augusto Schuster. Thereafter, she briefly dated her Pobre Rico costar Alonso Quintero.

In the 2012 telenovela Pobre Rico, she starred alongside Simon Pesutic.

Magdalena Muller Is A Member Of