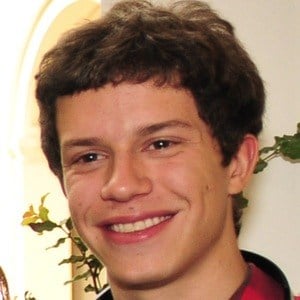 Chilean television star who has become widely known for bringing to life JP Campino in Otra vez Papá and Nicky 5 Cotapos in the TVN series Pobre Rico. He also joined the cast of Channel 13's Mamá mechona in 2014.

He made his acting debut in 2007 playing Baltazar Solé in the Chilevisión series Vivir con 10.

In the hour long comedy Aquí Mando Yo, he starred alongside Maria Elena Swett.

Alonso Quintero Is A Member Of