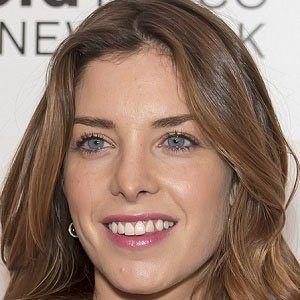 Canadian actress who played Sara in the Disney film StarStruck and played Jenny in the film Todd and the Book of Pure Evil.

She was on an episode of the TV series Goosebumps.

She played Cathy on the BBC TV series The Grid.

She grew up in Canada, where she appeared in commercials. Her sister Aimée is a fellow actress.

She played Alicia in the film The Time Traveler's Wife, starring Eric Bana.

Maggie Castle Is A Member Of