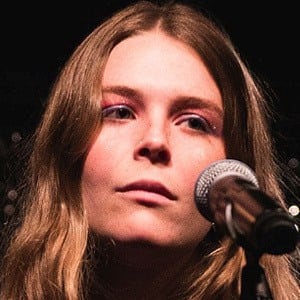 She began playing the harp at the age of 7. In high school, she wrote folk albums called The Echo and Blood Ballet.

She discovered a passion for electronic music while studying abroad in France. She would attend New York University.

She grew up in a small, rural town in Maryland.

Her "Alaska" video went viral after a video of Pharrell Williams listening to the aforementioned song was published to the web.

Maggie Rogers Is A Member Of