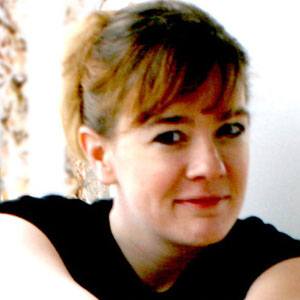 Author of young adult and fantasy fiction whose first novel, Lament, was published in 2008. This book was just the first part a of trilogy called the Faerie novels, the following two books being, Ballad (2009), and Requiem (2013).

She graduated from Mary Washington College with a degree in history.

She established a Celtic music band called Ballynoola during her college years and was also a competitive bagpipe player. In addition, she worked for a time as a portrait artist.

She was born in Harrisonburg, Virginia. She and her husband have two kids.

Her novels, Shiver and Linger, like author Michael Palmer's novel, The Sisterhood, appeared on the New York Times Bestseller List.

Maggie Stiefvater Is A Member Of