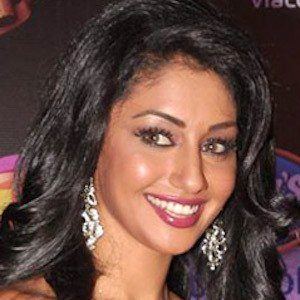 Actress and model best known for her roles in Bollywood films like 2003's Nayee Padosan, 2009's Wanted and 2014's Karar: The Deal. She has also been a contestant on the reality shows Bigg Boss 5 and Bigg Boss Halla Bol.

She is a classically trained dancer and attended Kishore Namit's acting school in Mumbai.

She launched her own clothing line in Norway called Mahek Chahal Clothing.

She was previously engaged to Danish Khan.

She co-starred with Salman Khan in the 2009 romance Main Aurr Mrs Khanna.

Mahek Chahal Is A Member Of