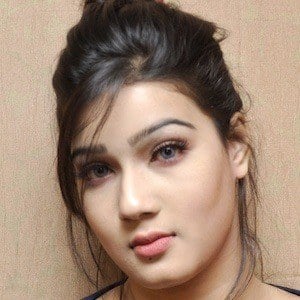 Renowned Bangladeshi actress who first rose to fame appearing in the hit film Bhalobashar Rong. She has gone on to appear in acclaimed films like Bhalobasha Aaj Kal, PoraMon, and Agnee.

After studying at Dhaka City College, she went on to study fashion design at Shanta-Marrium University of Creative Technology.

In 2015, she starred as the title character Juliet in the film Romeo vs Juliet.

Her parents are Abu Bakar and Dilara Yasmin. She married Mahmud Parvez Opu in 2016.

When she made her acting debut in Bhalobasar Rong, she starred opposite Bappy Chowdhury.

Mahiya Mahi Is A Member Of