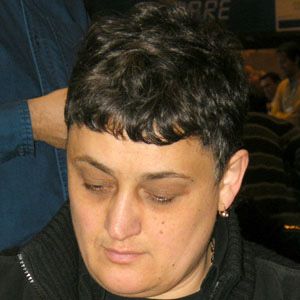 One of the top female chess players of all time who is best known for her record of nine Chess Olympiad wins.

She began playing chess at the age of eight and she became the USSR girls' champion in 1976.

She was the youngest player to ever win the Women's World Championship in 1977 and in 1984 she became only the second woman ever to achieve the ranking of Grandmaster.

She was born and raised in Georgia which, at the time, was a part of the Soviet Union.

She was an inspiration to future female chess stars such as Judit Polgar.

Maia Chiburdanidze Is A Member Of