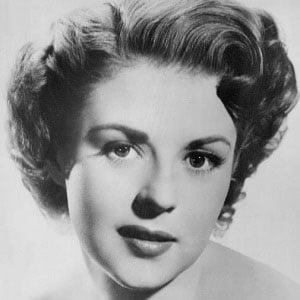 American actress who earned a star on the Hollywood Walk of Fame for her work in films like City by the Sea, City That Never Sleeps and Doomsday Machine. She was also a television veteran with more than 100 credits to her name, including Bonanza and Bewitched.

She began starring in radio dramas at age 16 and made her film acting debut in an uncredited role in 1942's Tough As They Come.

She trained under world-renowned acting teacher Michael Chekhov and became the Executrix of the Chekhov Estate following his death.

She was married to Monte Vanton from 1954 to 1962 and later got remarried to book publisher M. Hughes Miller in 1970. She had a son with Vanton named Toren.

She co-starred with actor Gig Young in the 1953 noir City That Never Sleeps.

Mala Powers Is A Member Of