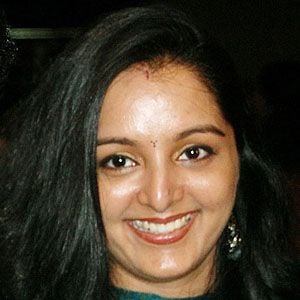 Acclaimed actress of Malayalam cinema who received the Special Jury Award at the 1999 National Film Awards for her role in Kannezhuthi Pottum Thottu.

Between 1996 and 1999, she won four Filmfare Awards for Best Actress (Malayalam) for her roles in the films Ee Puzhayum Kadannu, Aaraam Thampuran, Kanmadam, and Pathram.

She married actor Dileep in 1998 and they had a daughter named Meenakshi. They divorced in 2015.

She appeared in a commercial with actor Amitabh Bachchan in 2013.

Manju Warrier Is A Member Of