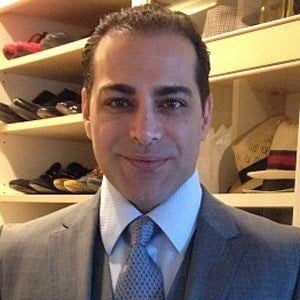 Real estate investor and author who became the president and chairman of The Khoshbin Company Inc. in 2005. He authored Manny Khoshbin's Contrarian PlayBook: How to Build Your $100 Million Real Estate Portfolio From the Ground Up. He shares his luxurious lifestyle on his Instagram account which has 1.9 million followers.

He shares his passion for exotic supercars on a self-titled YouTube channel.

He has a daughter named Priscilla Khoshbin.

Manny Khoshbin Is A Member Of