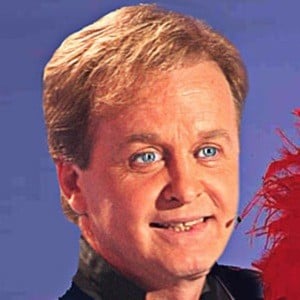 French ventriloquist who rose to fame as a contestant on Britain's Got Talent with his pet dog Wendy.

He previously was a popular ventriloquist in France for more than five years before starring on BGT in 2015.

He came under fire for allegedly mistreating his dog and making her wear a muzzle to look like she was singing.

He is originally from France.

His performance prompted judge Simon Cowell to call the RSPCA to investigate the mistreatment of his animal.

Marc Métral Is A Member Of