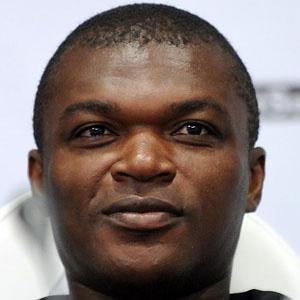 Ghanian midfielder and defender who played with the top European football clubs and won the 1998 FIFA World Cup with France.

He was born Odenke Abbey, which his mother changed to Marcel upon her marriage to a French diplomat.

He won two league titles and the 1994 UEFA Championship with A.C. Milan.

He had one daughter and three sons with his wife Virginie.

He played alongside Lilian Thuram on the French national team.

Marcel Desailly Is A Member Of