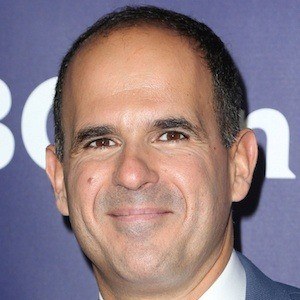 Entrepreneur and TV personality who served as CEO of Camping World and starred in The Profit, a CNBC reality series.

He studied political science at Marquette University, graduating in 1995.

He earned the childhood nickname of "The Mayor" because he put himself in charge of anything and everything.

He was born in Beirut, Lebanon in the midst of a civil war, and he was adopted as an infant by Sophia and Leo Lemonis, a Florida couple originally from Greece.

Marcus Lemonis Is A Member Of