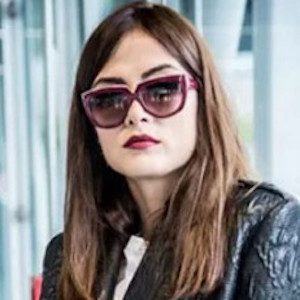 Actress widely known for appearing in the Brazilian soap opera Amor à Vida as Patrícia Mileto Gusmão. She earned more than half a dozen awards nominations for the role but didn't take one away until 2014 in Lili, a Ex. She was also named Woman of the Year in 2013 by GQ Brazil.

She made her screen debut at sixteen in a commercial. She then went on to pursue film and acting courses at the Escola de Atores de Wolf Maya.

In addition to her screen credits, she also did a great deal of theater work in plays like Roberto Zucco and A Nossa Gata Preta e Branca.

She starred in Amor à Vida alongside Paolla Oliveira.

Maria Casadevall Is A Member Of