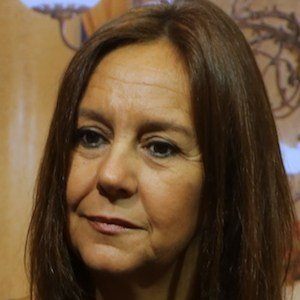 Widely known for her best-selling 2009 novel The Time In Between. It achieved international acclaim on its way to earning a place on the New York Times best-sellers list.

She earned her PhD in English philology from the University of Murcia. She subsequently began teaching as a professor there.

In 2012, she published her second novel The Heart Has Its Reasons, which earned a 5th edition published by January 2013. She won the Culture Award for Literature from the Region of Madrid for her work on the novel.

She has seven total siblings.

She and fellow Spanish novelist Camilo Jose Cela are both known for their internationally best-selling works.

María Dueñas Is A Member Of