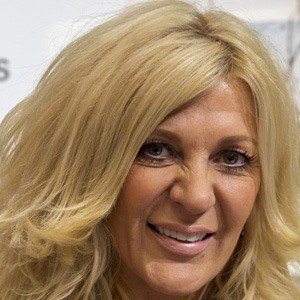 Star of Svenska Hollywoodfruar (Swedish Hollywood Wives) on Swedish TV3, which chronicled the lives of glamorous Swedish women who were married to rich American husbands.

She was one of three women who stayed on Svenska Hollywoodfruar from its first season to its last.

In 2013, she became the star of a spin-off show on TV3, called Maria & Mindy - Best Friends Forever.

She met her future husband, Kamran Montazami, while working as an au pair in Los Angeles. She has 4 children named Sara, Emma, Hanna, and Nicholas.

She is the Swedish version of Evelyn Lozada, one of the Basketball Wives in the U.S.

Maria Montazami Is A Member Of