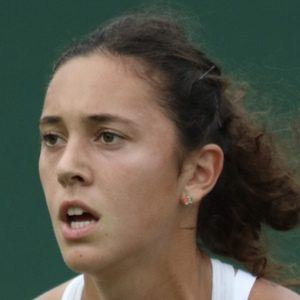 Georgian professional tennis player who has participated in the Fed Cup. She has won tournaments in Egypt and Israel.

One of her earlier tournament appearances was in Astana, Kazakhstan in July 2014.

She hails from the country of Georgia.

She defeated Sofya Zhuk at a tournament in Sharm el Sheikh, Egypt in April 2016.

Mariam Bolkvadze Is A Member Of