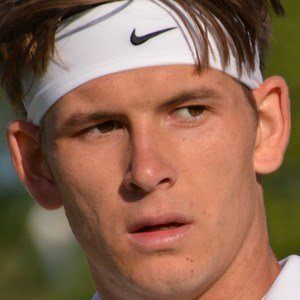 Professional tennis player who became known after winning his first title at the 2015 Royal Lahaina Challenger at 18 years old. He has also played at the U.S. Open, French Open, Australia Open, and Wimbledon.

He started playing tennis as a freshman in high school. He also went to train in Argentina for two years.

He was the second youngest American teenager to win a Challenger title since 2006.

He grew up in Rhode Island, but has also lived in California. He started playing the stock market in the fourth grade.

Jared Donaldson Is A Member Of