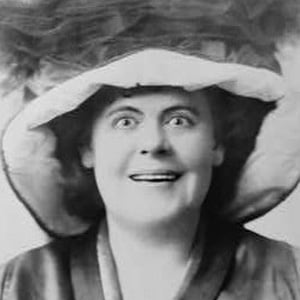 Leading 20th-century actress who won a Best Actress Academy Award in 1931 for her role in Min and Bill.

She had her first acting experiences in local church theater productions.

She was awarded a Star on the Hollywood Walk of Fame in 1960, and appeared in the 1933 film Dinner at Eight.

She co-starred in the silent film Tilie's Punctured Romance with Charlie Chaplin .

Marie Dressler Is A Member Of