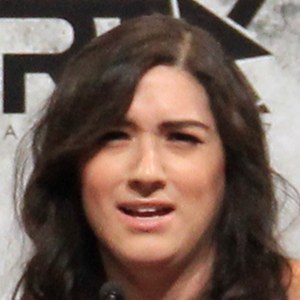 Famous for her time as a prominent producer for Rooster Teeth. She rose to prominence for producing and co-hosting the popular series Free Play and Always Open.

She earned her bachelor's degree in radio, TV, and film from the University of Texas at Austin in 2014. She began her time working for Rooster Teeth as a senior in 2014.

She has seen her popularity grow across social media as a result of her work with Rooster Teeth, with more than 60,000 followers. She has produced The Rooster Teeth Podcast.

She has frequently featured her partner Laura across her social media platforms.

She and Kati Morton have appeared on the popular Rooster Teeth series On the Couch in 2017.

Mariel Salcedo Is A Member Of