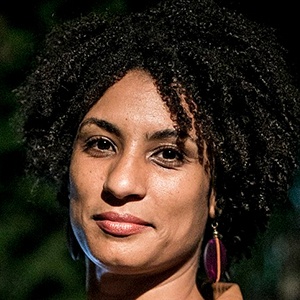 Politician who served as a city councilor of the Municipal Chamber of Rio de Janeiro for the Socialism and Liberty Party (PSOL) from 2017 to 2018. She was assassinated in March 2018.

She had a master's degree in public administration from the Fluminense Federal University.

She worked for state representative Marcelo Freixo as a consultant in 2007. She has over 160,000 followers on her marielle_franco Instagram account.

She gave birth to her first and only child, Luyara Santos when she was 20.

She and Martin Luther King Jr. were both assassinated for their political beliefs.

Marielle Franco Is A Member Of