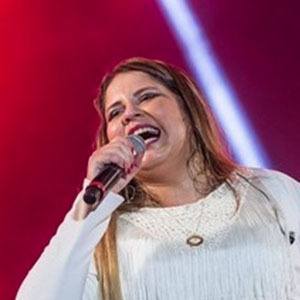 Brazilian pop singer who has put out albums such as All Os Cantos and Agora é Que São Elas. She has released songs like "Eu Sei de Cor" and "Amante Não Tem Lar".

One of her earliest releases was her self-titled 2014 EP Marília Mendonça.

She was nominated for a Latin Grammy for Best Sertaneja Music Album in 2017. She took a trip to London, England in February 2019.

Her parents are Ruth Dias and Mário Mendonça.

She has collaborated with Michel Teló on the 2018 song "By Trás da Maquiagem".

Marília Mendonça Is A Member Of