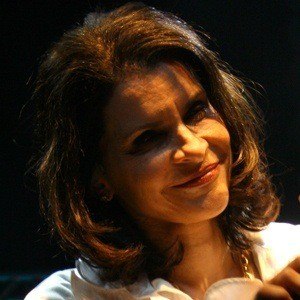 By the age of 17, she was composing music.

She was born to Amélia and Ewaldo Correia Lima. She has two brothers named Antônio and Roberto.

She appeared in an episode of Estúdio do Dado alongside guitarist Dado Villa-Lobos.

Marina Lima Is A Member Of