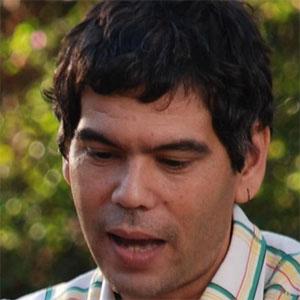 Brazilian guitarist who is the former guitar player for the punk band Legiao Urbana and is one of the founding members of the band Brasilia.

He learned guitar at a young age and co-founded Brasilia in 1982 with singer Renato Russo and drummer Marcelo Bonfa.

He released his first solo album, Jardim de Cactus, in 2005.

He is the grandnephew of composer Heitor Villa-Lobos.

Like him, Tiago Vella has been a Brazilian guitarist.

Dado Villa-Lobos Is A Member Of