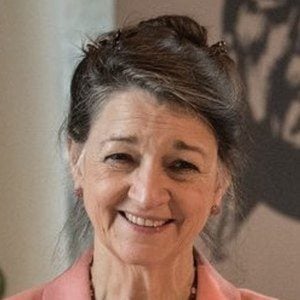 A British novelist and short story writer, she is also known for her non-fiction works on the themes of feminism and mythology. Her best known works include The Lost Father (1987), No Go the Bogeyman: Scaring, Lulling and Making Mock (1998), and the controversial Alone of All Her Sex: The Myth and the Cult of the Virgin Mary (1976).

She studied French and Italian at Oxford University. She published her debut book, The Dragon Empress: The Life and Times of Tz'u-hsi, Empress Dowager of China, 1835-1908, in 1972.

Her non-fiction work, From the Beast to the Blonde: On Fairy Tales and Their Tellers, received the 1996 Mythopoeic Award.

She was married for a time to fellow author, William Shawcross. The couple had a son named Conrad.

She was nominated for a Booker Prize for one of her works (The Lost Father), as was British-born author, Salman Rushdie.

Marina Warner Is A Member Of