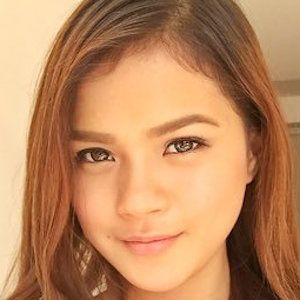 Reality star best known for being the runner-up on Pinoy Big Brother: All In. She has cultivated a dedicated social following and singing career.

She taught herself to sing and play the guitar by watching videos online. In addition to those, she learned piano, ukelele, and she learned how to beatbox.

She starred alongside Diego Loyzaga, Sarah Geronimo, and Piolo Pascual in the 2015 film The Breakup Playlist.

She grew up in Davao in the Philippines to two musically-inclined parents. Her father was a known folk singer.

She competed with fellow contestant Manolo Pedrosa in Pinoy Big Brother: All In.

Maris Racal Is A Member Of