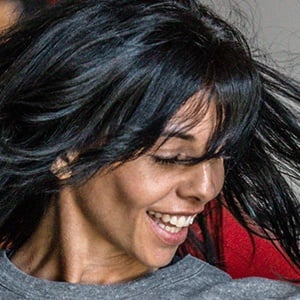 Personal trainer and competitive powerlifter who founded the online training program, Body Strut. She became the American record holder in bench, deadlift as well as the total in the 114lb class in the USAPL.

She's always had a love for fitness as a former gymnast and stepped into the gym for the first time at the age of 17.

She took second overall at the 2016 Arnold.

She is a mother of two based in Los Angeles, California.

She became the "pull-up dancing girl" as seen on the Ellen DeGeneres Show.

Marisa Inda Is A Member Of