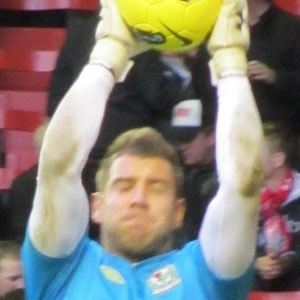 English goalkeeper who spent seven seasons at Northampton Town before signing with Norwich City in Premiere League in 2012. He was named Northampton Town's Player of the Year in 2007.

He joined the Tottenham Hotspur youth system as a teenager before switching to Northampton Town as a teenager.

He has also served as the Director of the Mark Bunn Goalkeeping Academy.

He was born in Camden, England.

He has played with English striker Cameron Jerome at Norwich City.

Mark Bunn Is A Member Of