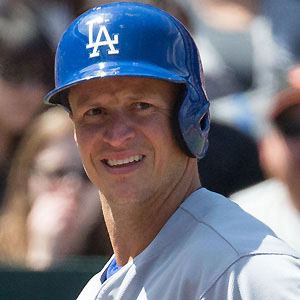 Second baseman who spent the first ten years of his career with the Oakland Athletics; played by Brent Dohling in the film "Moneyball."

He played shortstop in the American Legion baseball program for the Rapid City Post 22 varsity team, and he helped them to a 70-5 record and a national title in 1993.

He almost lost his leg in a freak injury suffered when Tyler Greene slid into his leg on May 20, 2012.

He has three children named Dylan, Adelaide, and Briggs with his wife Sarah.

He and outfielder Johnny Damon were both traded to the Oakland Athletics on January 1, 2001.

Mark Ellis Is A Member Of