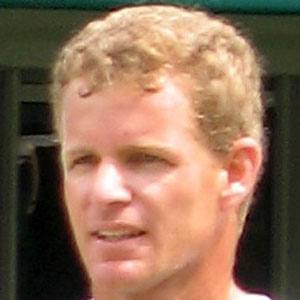 Former tennis player remembered mostly as a dominant doubles player, winning events like Wimbledon in 2009. He was ranked as the number one doubles player in the world during the early-to-mid 2000's.

He trained at the tennis academy run by famed player Nick Bollettieri.

In July 2006, he played a match lasting six hours and nine minutes, one of the longest matches in Wimbledon history.

He as a frequent doubles partner of Daniel Nestor, with whom he won events like the 2002 Australian Open.

Mark Knowles Is A Member Of