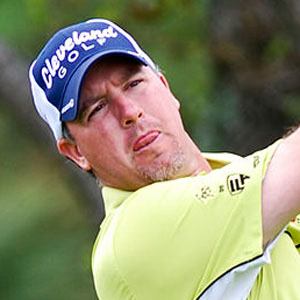 He joined the PGA Tour in 2002, winning his first tournament, Verizon Heritage in 2007 and winning the same tournament again in 2008.

He attended Abraham Baldwin Agricultural College. He turned pro in 1997.

He was part of the United States 2008 Ryder Cup-winning team. As a teenager in the 1980's, he once boxed an orangutan at the county fair.

He was born in Milton, Florida. He married Karyn Weekley. He met his wife on a Florida golf course.

Ernie Els finished second to him in the 2007 Verizon Heritage.

Boo Weekley Is A Member Of